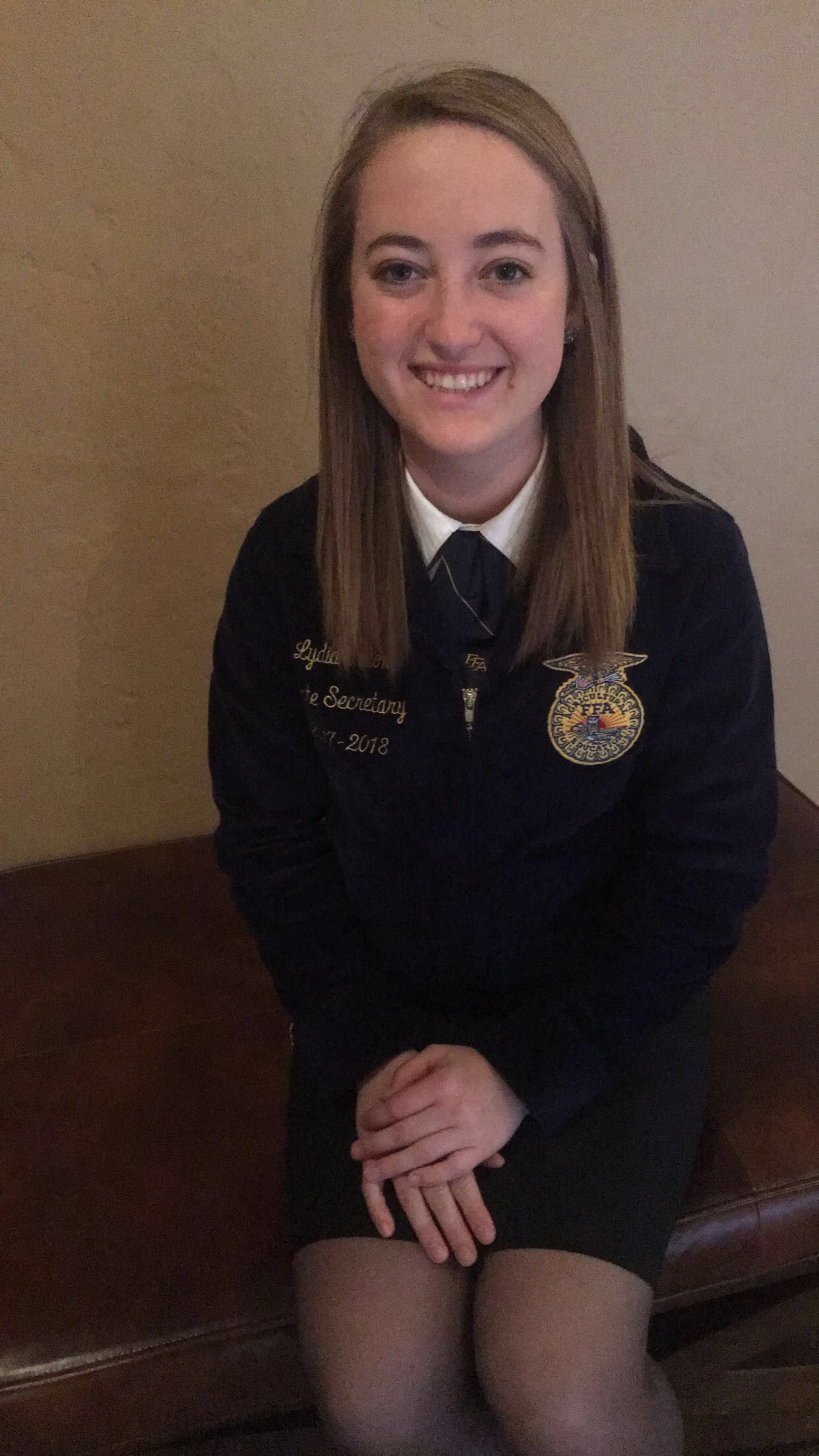 This is the first blog in our seven part series featuring the Nebraska State FFA Officers.

Lydia Vinton is the 2017-18 Nebraska FFA State Secretary. She is from Arthur, Nebraska and was in the Mullen FFA Chapter. She is currently at the University of Nebraska- Lincoln majoring in Plant Biology with plans to become a genetic engineer to improve food security.

Her Supervised Agricultural Experience (SAE) is in beef placement. She grew up on a ranch in the Sandhills where her family raises black angus cattle. Lydia works for her parents throughout the year by working cattle, feeding, haying and other chores.

One experience she has had as a state officer was an Engaging Districts for Growth and Excellence (EDGE) conference, which has been her favorite experience as a state officer this far. The first EDGE conference she led was in Stuart. She said she was pretty nervous beforehand since it was the first time, but once it began she loved the experience. She mentioned how she met many amazing members during that conference.