Anderson Recognized for Support to Aurora Community and School 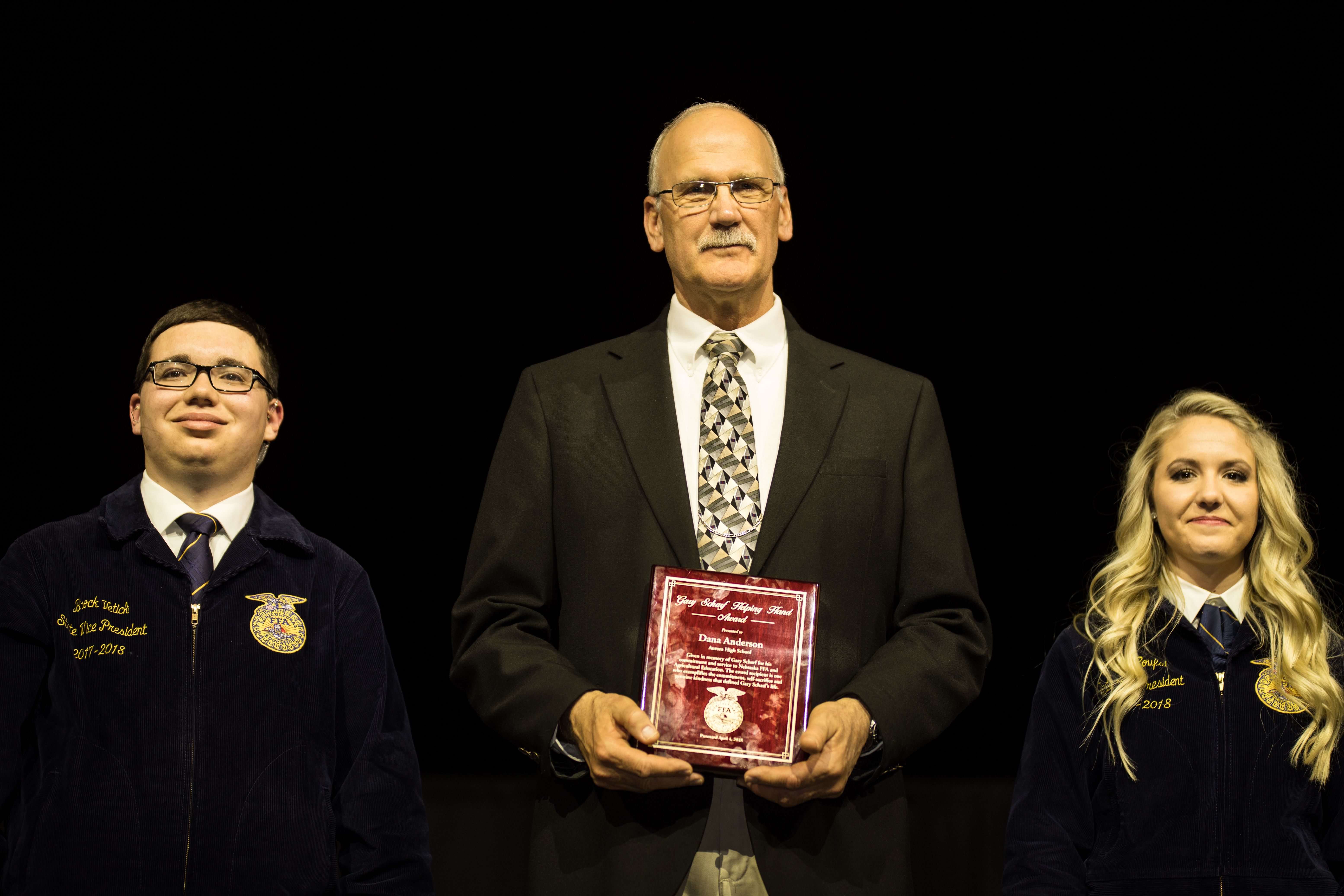 Dana Anderson, FFA advisor for the Aurora FFA chapter, was nominated for the award with support by colleagues, past students, parents and school administration. Barb Bonifas, whom nominated Anderson shared an example following the death of a student and FFA member in a motor vehicle accident. “While Mr. Anderson was grieving himself, he made sure that his students were taken care of. Mr. Anderson spent many hours meeting with students celebrating this student’s life as well as modeling how to walk through grief. He took his students under his care and loved them through a very hard time in their lives.”

Other nominations also cited the volunteerism that Anderson shows in the community through his handiwork. Bonifas says, “Walking across our campus, I can spot Mr. Anderson’s handy work in many places…Everyone has come to count on his talents, whether it is building new soccer goals, developing a new welcome sign for the high school or building new chair racks. Mr. Anderson not only builds what he is asked but does so in a first-class fashion.”

The Gary Scharf Helping Hand Award recognizes a Nebraska agriculture teacher or FFA advisor for what he or she has done in helping others, specifically in the school and community, outside of agriculture education and FFA. Anderson was announced as the award winner during the Nebraska FFA State Convention in Lincoln. He received a plaque and $500 cash award from the Nebraska FFA Foundation.