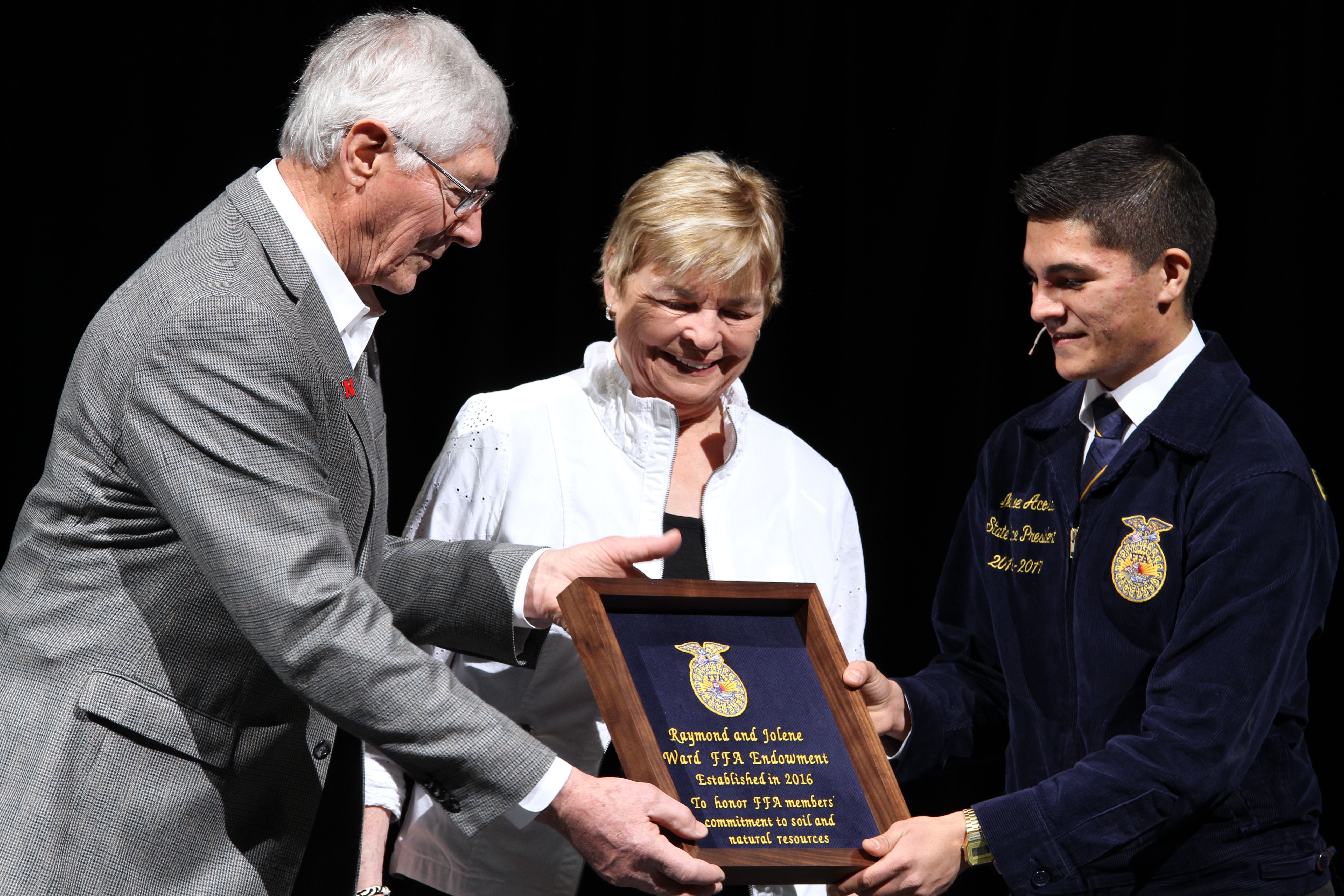 Ray and his wife Jolene have been longstanding supporters of the Nebraska FFA Foundation. Ray says his first experience was judging a supervised agricultural experience where he learned about a student who was cutting up hedge apples, drying them and selling them in California. As a business owner Ray developed a deep appreciation for the creativity and leadership skills these students were learning and demonstrating in high school.

Stacey Agnew, Executive Director of the Nebraska FFA Foundation, says, “Ray and Jolene have set a great example for others in stepping in and supporting agricultural education in Nebraska. Their award will sustain student experiential learning in natural resources, environmental science and plant science for years to come.”