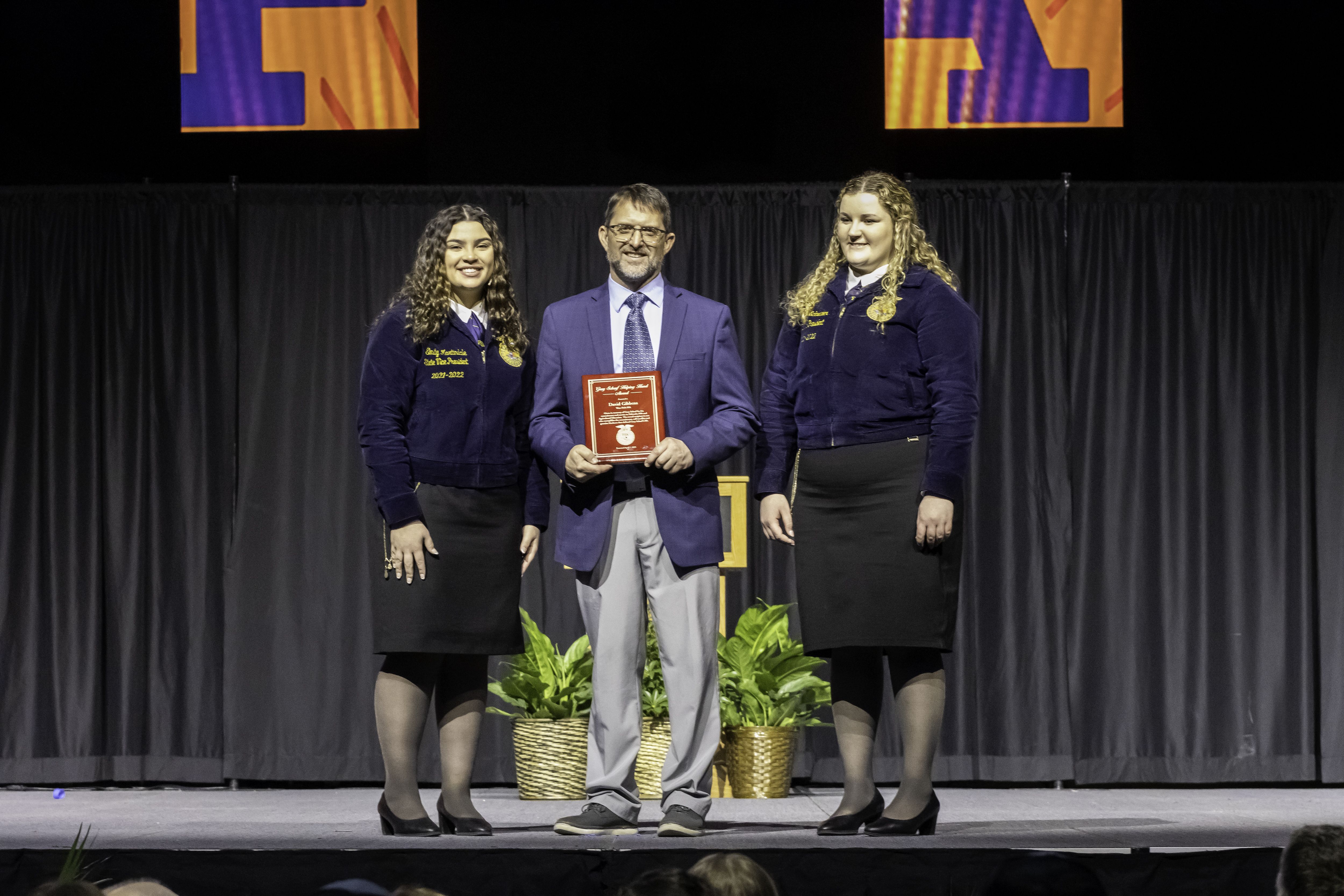 Established in 2009, this award recognizes a Nebraska agriculture instructor/FFA advisor for what he/she has done in "helping others," specifically in the school and community, outside of agricultural education and FFA. The recipient of this award is one who exemplifies the commitment, self-sacrifice, and genuine kindness that defined Gary Scharf's life.

Scharf, who was a victim of an Omaha mall shooting incident, grew up on a family farm near Curtis. He worked in the agricultural chemical industry. Over the years, he made contributions to Nebraska's agricultural and FFA communities through years of service on the Nebraska FFA Foundation Board including a year as president in 2002-2003.

One Nebraska agriculture education teacher is recognized annually with a plaque and a $500 cash award. Anyone can make the nomination - students, fellow teachers, school officials, parents or others in the community. Each year the recipient is announced and recognized at Nebraska FFA State Convention.